Noah Gragson, a native of Las Vegas, Nevada, is quickly climbing his way up the NASCAR ranks as not only one of the most successful drivers on the track, but one of the most popular with fans. After posting a career-high three victories in 2021, Gragson will be returning for his fourth full-time season in the NASCAR Xfinity Series (NXS), competing for JR Motorsports in the No. 9 Bass Pro Shops, True Timber, Black Rifle Coffee Company Chevrolet.  In addition to his full-time NXS schedule, the 23 year old will be competing at the sport’s highest level, running 18 NASCAR Cup Series races for Kaulig Racing (No.16) and Beard Motorsports (No. 62).

In 2021, Gragson posted wins in three of the final ten races of the season, reaching Victory Lane at Darlington, Richmond and Martinsville, while also advancing to the NXS Championship at Phoenix Raceway.  Overall, the No. 9 Chevrolet secured three wins, 13 top fives, 20 top tens, and led363 total laps over the course of the season.

In 2020, Gragson’s second full-time season in the NASCAR Xfinity Series, showcased his development in our sport.  The rising superstar won his first NXS race at Daytona International Speedway and followed it up with a win at Bristol.  In addition to his two wins, Noah Gragson tallied 17 top fives, 25 top tens and led 622 total laps.

Gragson made his full-time NASCAR Xfinity Series debut in 2019, driving for JR Motorsports, one of the top performing teams in this series.  The No. 9 Switch Chevy Camaro team racked up 11 top fives, 25 top tens and finished eighth in the end of the year point standings.

Noah raced for Kyle Busch Motorsports for two full seasons (2017 – 2018), earning a second place finish in the Championship standings in 2018 while winning at Kansas Speedway and tallying a series leading six poles. Gragson also made his NXS debut in 2018, piloting the Joe Gibbs Racing No. 18 Toyota Camry.

Gragson started racing in the ARCA Menards East & West Series in 2015 & 2016, with  Jefferson Pitts Racing. The Las Vegas native won seven races in the series, before moving up to NASCAR’s Truck Series. in

A NASCAR Next Class alum, Noah Gragson has been recognized as one of the sport’s future stars both on and off of the track.

Noah resides in Huntersville, NC.  When he’s not at the track, Gragson enjoys time on his mountain and dirt bikes, fishing, or enjoying Las Vegas Golden Knights and Raiders games. 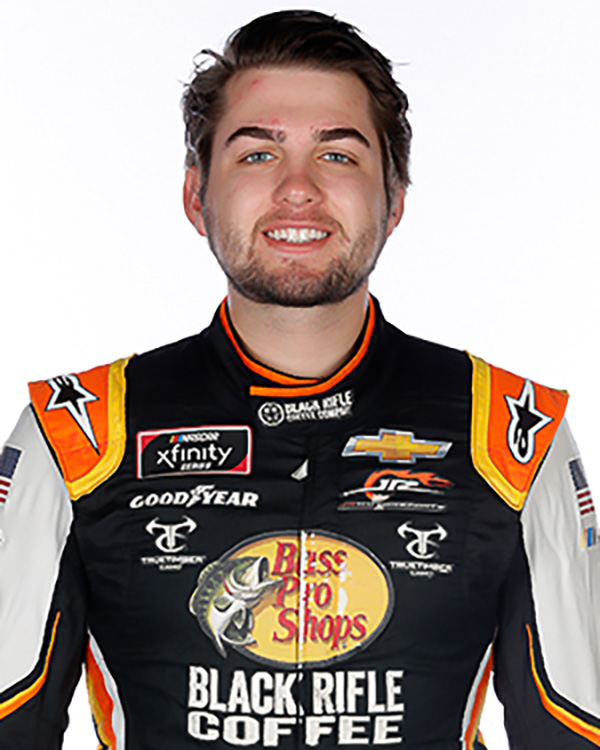